I think I remember the SIG members talking about costume vocabulary, but I don’t remember who or what.  Arden Kirkland is trying to bring together everyone who has made, or is interested in making, an authority list of costume terms.  We had a useful discussion at Costume Society of America Symposium last week, and I promised to make the connection.  Please reply here and I will gather it all up and pass it along.

What: Pumped: The Art & Craft of Shoemaking

“Pumped: The Art & Craft of Shoemaking includes a vast array of diverse and unique shoes from the past to the present – all from the Mint’s permanent collection . The show explores both the cultural history and the meticulous craft of shoemaking.

Shoe designs from around the world, and throughout the centuries, are celebrated and explored. Platforms, in particular, are prominently featured as fashion statements worn by both sexes. Top couture designers have created platform shoes that are unique and move – sometimes with caution to the wearer – from the fashion runway to the streets.

Pumped also includes other distinctive shoe forms that are notable for their design and construction. Venerable traditions such as leather-working are joined by the latest materials and technologies, including 3-D printing, to create shoes that are in essence wearable sculptures.”

The Istituto Europeo di Design (IED – Florence, Italy) and the Senior Fashion Editor of Vogue Italia, Sara Maino, invite you to a webinar discussing the role of digital media in Fashion Journalism, highlighting the new kind of professionals and the latest communication processes.

The contemporary mass media system seems to be avoiding the traditional magazines; however, the traditional print fashion media are still strategic drivers to communicate newfangled fashion contents and lifestyle storytelling.

By comparing fashion writing and communication on digital devices and traditional print fashion press, consistent differences – as well as connections – come to our attention: on the one hand digital devices involve the user in a faster and wider way, on the other the traditional magazine (and its fashion editorials) are still a more intimate, memorable and inspiring experience.

Join the webinar, The Future of Fashion Journalism, and take part in this discussion about the present and future scenarios!

I thought we could share some of the popular and free resources that we use outside of our regularly scheduled program (subscribed databases). Please share with your favorites with your fellow SIG members in the comments section below.

Some of my personal favorites include: 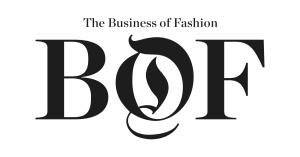 Business of Fashion: This website provides up-to-date fashion industry news on topics such as technology, emerging designers, and op-eds.

Retail Insight Center: A resource from the National Retail Federation that allows you to gather retail industry information using resources provided by the U.S. government .

For more helpful websites, be sure to check out the Fashion Librarian’s Resource Guide!

More information on the call for presentations for the Conference can be found here.

More information on the call for articles can be found here.

Whether you are on the west coast, east coast or over in Europe this summer, there are great fashion and costume exhibits to take in!

Reigning Men at the Los Angeles County Museum of Art

Reigning Men: Fashion in Menswear, 1715–2015 explores the history of men’s fashionable dress from the eighteenth century to the present and re-examines the all-too-frequent equation of “fashion” with “femininity.”

All of Everything: Todd Oldham Fashion at the Rhode Island School of Design

Drawn from the Todd Oldham Studio archives, a substantial portion of which was recently donated to the RISD Museum, All of Everything features more than 65 full ensembles—from Oldham’s Swarovski crystal-encrusted feats of craftsmanship to his Pantone non-repeating print designs. Carefully considered details, such as embroidered motifs applied at a 400-year-old handicraft workshop in India, illustrate the designer’s deep interest in all aspects of textile development and the preservation of artisan industries. Oldham’s intensive design process is further revealed through his original artwork, while projections of recently discovered runway video footage activate the gallery space and illustrate the full creative endeavor of his fashion shows—which were among the first to feature African-American and ingénue talents such as Cindy Crawford, Christy Turlington, Naomi Campbell, Kate Moss, and Tyra Banks, among many others.

Manus x Machina: Fashion in an Age of Technology at The Metropolitan Museum of Art

With more than 150 ensembles dating from the early 20th century to the present, the exhibition will address the founding of the haute couture in the 19th century, when the sewing machine was invented, and the emergence of a distinction between the hand (manus) and the machine (machina) at the onset of mass production. It will explore this ongoing dichotomy, in which hand and machine are presented as discordant tools in the creative process, and question the relationship and distinction between haute couture and ready-to-wear.

Exhibition description and dates came from The Metropolitan Museum of Art’s website.

The ‟Fashion Forward, 3 Centuries of Fashion (1715-2016)” exhibition will bring together 300 items of men’s, women’s and children’s fashion from the 18th century to today, selected from the museum’s collections to provide a novel chronological overview.

Library Journal put together a special set of fashion reviews, and you can read them online whether or not your institution subscribes:
http://reviews.libraryjournal.com/2016/04/books/nonfic/arts-humanities/dressed-and-obsessed-seventeen-fashion-titles-to-beautify-your-collections/

Two reviews are by yours truly!
Lindsay